Last Days of the Woody Girls at Trax Gallery

Last Days of the Woody Girls at Trax Gallery 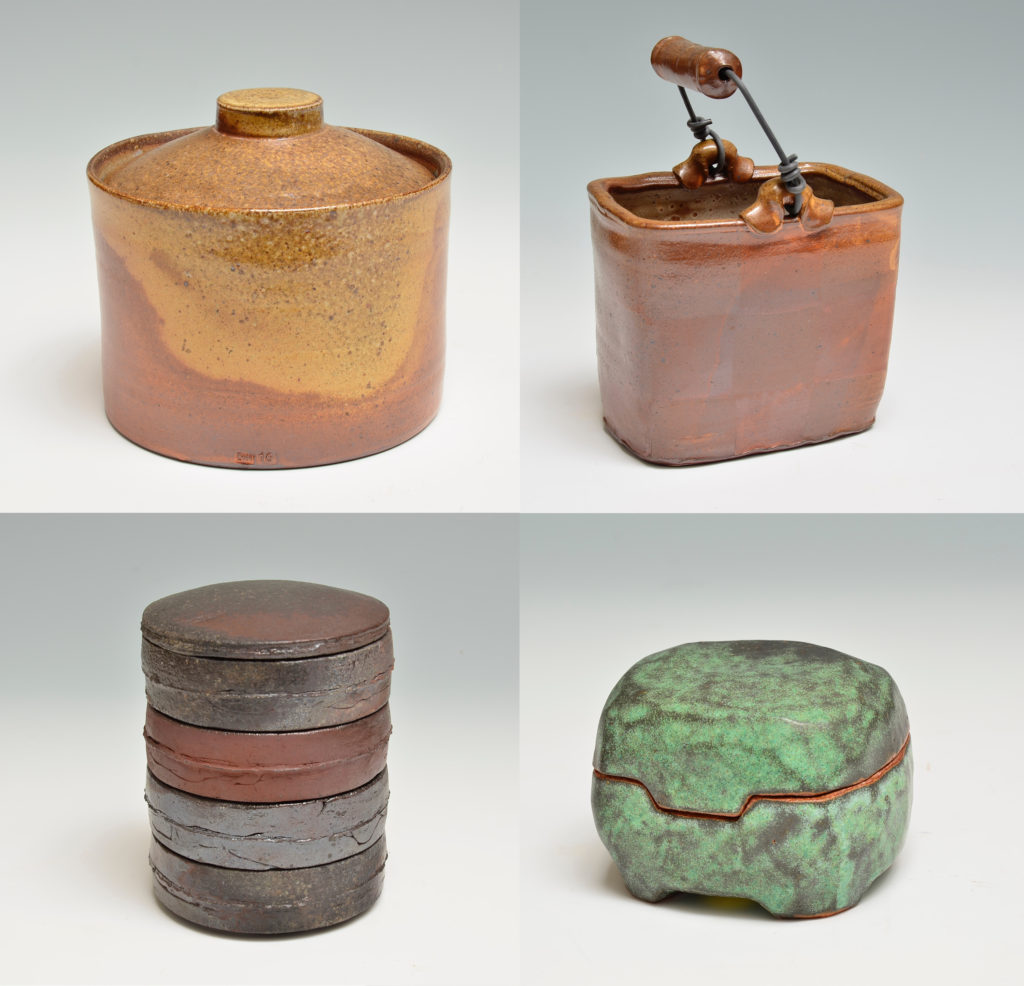 Lots of rich surfaces and wonderful color form the firing and clay. It’s your best chance to see work from these potters.

Elisa Helland-Hansen was born in New York as the oldest of six siblings with American kunstnermor and Norwegian arkitektfar. Bergen has been her residence most of her life.

“Right from my education as a ceramist from Bergen Handicrafts School in the 70s, I have had a penchant for touch ceramics that can be used daily for food and drink. My whole production involves the use of things. The relationship between function and form, color and surface, social and cultural context is still as inspiring challenges. Most of my time as a potter has been used in the workshop in their own business. From 1983 to 2000 I worked regularly at the National College of Craft and Design in Bergen as a supervisor, and taught courses function and glaze learn. In the years 2000-2005, I led ceramics department at Högskolan för Design och acting craft as a professor at the University of Gothenburg. I’ve had several residencies at universities in the United States and held courses and workshops in the US and Denmark. My works are disseminated through exhibits, gallery sales, in Bergen and Oslo, Wild wine market in Risor and my own event at the workshop.”

Linda Christianson  hails from the eastern side of MN near the St. Croix River where she and her husband have a beautiful piece of property surrounded by maples and dominated by her huge wood kiln. Linda has fabulous stories, from her days as an anti-war protester carrying rocks around in her jeans, to her struggle, as a woman, practicing with fire.

Linda believes the pots we use in our home are like stage sets. At rest on a table, dish drainer, or in a cupboard, they are visually engaging. Through use they provide access to other activities: gathering food from the garden, cooking, conversation, dining, arrangement of flowers, sorting of papers. This daily relationship with the pots offers up both utility and continual visual inquiry. Like a stage set, the pot has an ability to disappear and then reappear. The pots she makes reflect those concerns.

Lindsay Oesterritter is currently a Director of Objective Clay LLC and a full time studio potter in Manassas Virginia. She earned her MFA from Utah State University in Logan Utah, MA from the University of Louisville in Louisville Kentucky, and BA at Transylvania University in Lexington Kentucky. She was awarded tenure at Western Kentucky University in 2015 promoting her Assistant Professor position to Associate Professor of Ceramics (2009-2015). She has had the fortune to be a resident artist at Arrowmont School of Arts and Crafts in Gatlinburg TN (2008-2009), in Australia at Strathnairn Arts Association in 2009 and at the Art League in Alexandria VA (2012). She has had the opportunity to lecture and exhibit nationally and internationally and is continually inspired by the craft community. Recent honors include, 2016 teaching a Summer Session wood fire class at Penland School of Crafts, 2014 presenting at the 2nd Biannual European Wood Fire Ceramics Conference held at Guldagergaard International Ceramic Research Center in Skælskør Denmark, 2013 University Award for Research and Creativity from Western Kentucky University, and being a presenter in 2012 at the Utilitarian Clay Symposium held at Arrowmont School of Arts and Crafts.

Jan McKeachie Johnston studied at the University Of Minnesota, Southern Illinois University, and University Of Wisconsin at River Falls, and since 1979 has been very active in teaching workshops and demonstrations, and working in her Wisconsin studio. For the past 15 years she has participated in important exhibitions throughout the United States. Exhibitions in 2004 include Jan McKeachie Johnston and Randy Johnston Redstar Studios, Kansas City, Kansas; Sculptural Utility, Lacoste Gallery, Concord, MA; From The Garden: Forms, Images, And Ideas, Northern Clay Center, Mpls, MN; and This Splendid Table: Fantastic Dishes For Food, Kentucky Museum Of Art And Design, Louisville, KY. Her work has also been featured in Clay Times and Ceramics Monthly, and she is represented in many private and public collections, including the Chrysler Museum, Norfolk, Virginia; the Weisman Art Museum at the University of Minnesota; and the Minneapolis Institute of Arts.