Bob Pool: A Path in Ceramics

Bob Pool: A Path in Ceramics

I was born in San Francisco and grew up in Marin County. My original career was as a research biologist, studying invertebrate-algal symbioses (A.B., Zoology, UC Berkeley; Ph.D., Biology, UCLA), I was a biologist until my early 30’s, when I discovered clay.

I was working at UCLA when my girlfriend suggested we take classes in clay on weekends (1979) at the Pot Farm in Santa Monica. I had never taken an art class, always focused on science. From the first class I was captured by the clay. It felt like drugs, sex ad rock and roll. The feelings were so powerful and I felt I had discovered a me I had never known before. Sometimes it felt like a religious epiphany, other times like I was hosting an ancient potter’s spirit. The joy and the realization that I had found a part of me that was so important that, in 1982, I decided I was at a crossroad and I chose the ceramic path, set up a studio and have worked in clay ever since. I thought I would rather starve as a potter than be “rich” as an unsatisfied academic. I traveled a lot in the 1980’s, having studios in Minneapolis and Boston, before returning to Berkeley in 1988. 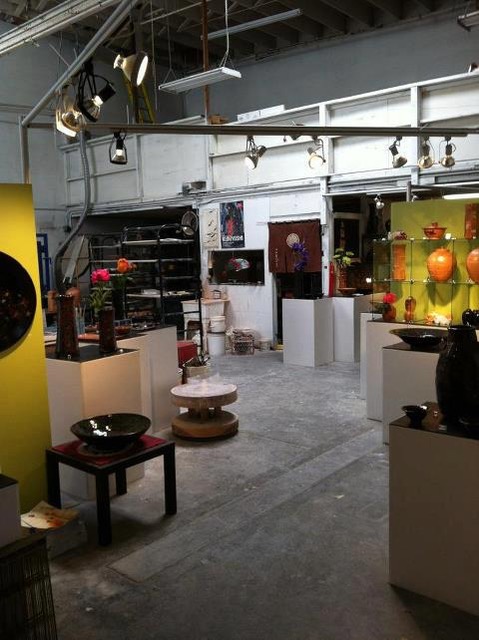 Bob’s studio at the Sawtooth Building in Berkeley.

The major influence on my work is Asian ceramics, initially Japanese and later Chinese and Korean. I was driven by my need to explore my ceramic side. I was done with the analytic world and I realized that my need was for an intuitive approach, releasing the feelings from my heart. I am primarily self-taught in ceramics.

I have always been interested in patterns and decoration. Initially I patterned with sponge stamps, layering glazes to reference biological patterns. In the last 10 years I have often traveled to Korea and have become enamored with Korean techniques and decorating styles. Mastering this aesthetic has been very motivating for me. I find interesting and rewarding to channel my own feelings through another culture’s style, while allowing my own interpretations to stand out, not being overshadowed by the foreign culture. 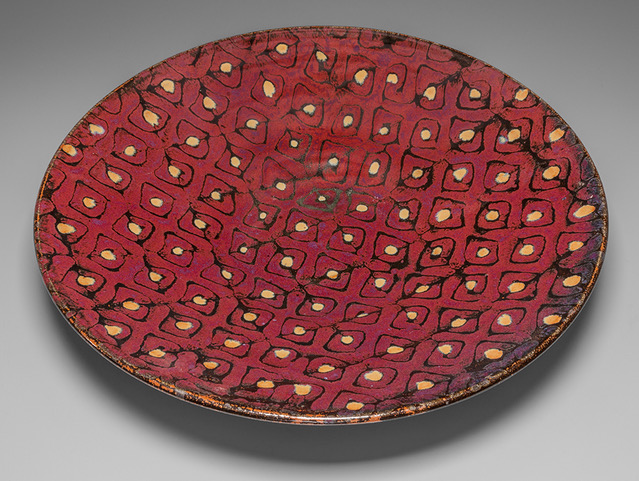 I have primarily been a maker of functional work. While I find it most satisfying to imbue a useable object with beauty, I have been worn down by production and the wholesale business. The need to make large numbers of objects, all just like what the gallery owners saw originally and ordered, dampens my creative drive and locks me into a limited repertoire. Lately I have largely abandoned production work and have tried to feel my heart again. The money isn’t as quick flowing, but the personal joy and satisfaction is.

A major influence on my artistic life has been Phillip Rawson’s “Ceramics”. He introduced me to the aesthetics of ceramics and it’s power to release my creative needs and desires.

An early high point of my career was becoming a board member of the ACGA and being encouraged to enter a competition at Artisans in Mill Valley. It was the first time I had shown my sponge-stamped work and I was awarded Best in Show. The greatest highpoint to date is entering the ceramic world of China and Korea and to be recognized there as a talented potter who can successfully reinterpret their aesthetics in an American style. Ceramics is such an integral part of their cultures and the accolades are superb and quite rewarding. 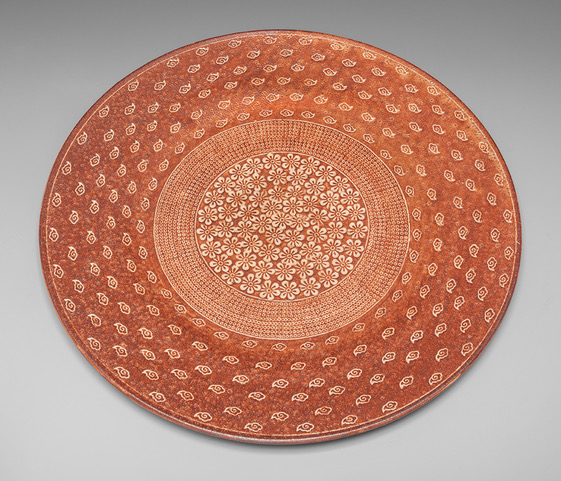 The most frequently asked question I get is how could I totally change my career and future after investing so much time and energy in science? My answer is that you must always be open to what comes to you. You must be ready to encounter cross-roads and be prepared to take the better path. You must seize the day when it comes. Nothing is worse than being stuck on an unhappy and frustrating road.

My non-work enjoyment is provided by reading. I love ideas and learning about things. The most important thing in managing work and life is to allow yourself time away from the job and the attendant responsibilities–one hour, one day, one month away can really super charge you.